The College of Humanities and Social Sciences will feature addresses from two of its alumni in its convocation ceremonies this May.

The college's convocation schedule is as follows:

Convocation for the Humanities and Interdisciplinary Programs

Convocation for the Social Sciences

Tickets are not required for these events. Graduating students are asked to arrive one hour prior to their ceremony to line up to process into the arena. 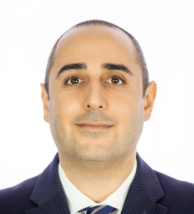 Ali co-founded MetroStar with Robert J. Santos in 1999 while pursuing a bachelor’s of arts in philosophy at Mason, and has grown the company to more than 200 employees and a steady record of profitability.

MetroStar has enjoyed 26 quarters of profitability and has been recognized by Computerworld four times as one of the “Best Places to Work in IT.” Ali continues to focus on the strategic vision for MetroStar, searching for new ways to broaden the company’s value to its customers and to cultivate innovation. 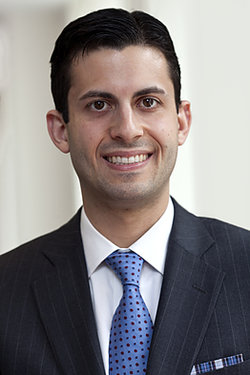 Alex Nowrasteh is the immigration policy analyst at the Cato Institute. His academic publications have appeared in the Journal of Economic Behavior and Organization, the Fletcher Security Review, and Public Choice. His popular publications have appeared in the Wall Street Journal, USA Today, the Washington Post, the Houston Chronicle, the Los Angeles Times, the New York Post, and elsewhere. Alex has appeared on Fox News, Bloomberg, and numerous television and radio stations across the United States. He is the coauthor of the booklet Open Immigration: Yea and Nay.

Alex is a native of Southern California and moved across country to study at George Mason University, receiving his BA in economics in 2006. He received his master of science in economic history from the London School of Economics.

The college is pleased to welcome these alumni to its convocation ceremonies and have them share their experiences with its newest graduates.