For more information, check out The Rotman Institute's website.

We are pleased to announce that Institute for Philosophy and Public Policy's director, Professor Andrew Light, gave the Annual Rotman Lecture at the Rotman Institute of Philosophy on September 16, 2016.

Andrew discussed the recent Paris Agreement on climate change, focusing on one of the agreement’s most important outcomes: potentially settling the core problem of distributive justice that made the process so difficult. To better understand the significance of the new Paris Agreement he reviewed the history of the UN climate negotiations, with a focus on how debates over differentiation evolved over time to create a platform for what is expected to be increased commitments to climate action moving forward. 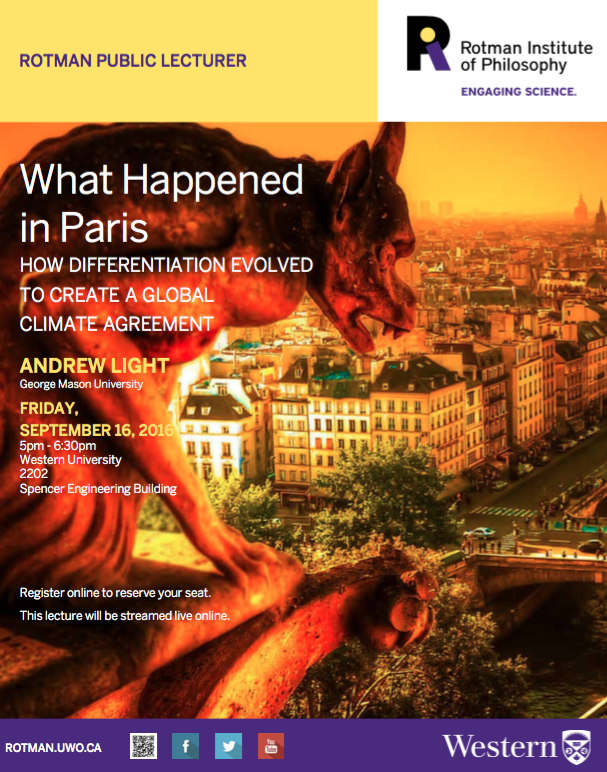 For more information, check out The Rotman Institute's website.